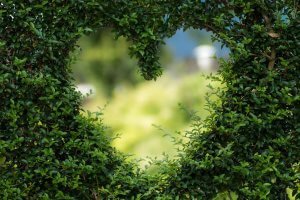 I was doing some keyword research on Amazon the other day and on entering “how to” into the search field I was amused to see one of the most popular entries being “how to be single” (the others included “how to grow a baby” and “how to murder your life”…). Now in fact “how to be single” is the name of a book and a film so maybe people are searching for those specifically – but it doesn’t change the basic theme of the query: the need or desire to understand how to “do” singledom successfully.

This must stem from our deep-rooted expectations of how life is to be lived: we meet someone, we marry, and we have children, so that they can grow up and then go on to do the same. This is a basic prerequisite of the survival of the human race and as such a core expectation in our society. “How to be single”, then, must be about coming to terms with not following this expected path, either temporarily (until you find someone and slot back into the “right” order of things) or permanently (should the worst case scenario happen and you never meet Mr Right and instead die a tragic spinster). In my own experience and in that of many of the people I’ve coached, the question of a possible relationship or family is inevitably tied up in other life goals and it’s hard to speak about career plans without also considering these aspects.

Given my extensive past experience in this field, and compliments I’ve received as to how “well” I pull it off, I thought I’d share my thoughts; so, here you go, my five top tips on How to be Single!

1. Make a plan but stay flexible

Maybe the toughest thing about being single while knowing that you want to meet someone – especially when you’re a bit older (tick, tock!) – is how to manage this in terms of planning your life. If you know you want to build a home and family with a partner, you want to travel and have shared experiences with that partner; do you put that life on hold and hang around waiting for Mr or Miss Right? Or, if you make plans without that person, are you then giving up on your dream and ruling out the future possibility of meeting that someone?

You don’t want to be putting the rest of your dreams to one side while you wait for that partner but you still want to be open to the possibility of doing so. So I say: if you want to travel, do it! If you don’t want to go alone, go with a friend or find a group trip. If you want to move to a different city or country, go ahead!

The truth is that you’re more likely to meet the “right” person if you’re living the life you want to live. If you’re true to yourself, working towards your goals, and feeling happy and fulfilled, then first of all you’re going to be much more attractive to any potential partner and second you’re more likely to be putting yourself in the situations where the right kind of person – in the sense of someone who shares your values, who appreciates you for who you are – might be found.

2. Make time for you

You might expect a single person to be selfish and to some extent that is true, but also true is that the single one is likely to often put their own needs last and simply through being more available and more flexible they will find themselves in situations where other people are prioritised. This might involve being that unfortunate “third wheel” in the back of the car with another couple, or being the one who’s relegated to the single bed in the smallest room when you’re on holiday, or the one who’s always there for other people since, unlike everyone else, you don’t have someone waiting for you at home.

That’s not to say that you shouldn’t spend time with couples, or go on family holidays, or help other people out when you can! But it’s important that you still carve out your own physical and emotional space, and set boundaries for what you want to put up with. Make time for you to do your own thing, whatever that entails – grab a book, go for a walk, go on a little solo shopping trip. And make time to see your single friends, and go on dates – adult “me” time essentially, that doesn’t revolve around other people’s children or lifestyle choices.

In coaching, we often talk about “limiting beliefs”. These are basic notions that are largely sub-conscious and have been created through our own past experiences but also through those of our environment, for example, our parents, our friends, and society as a whole. Our behaviours are a reflection of our beliefs; and changing our beliefs will change our behaviours and, ultimately, can change our lives. Common limiting beliefs for single women might be:

In order to challenge these beliefs, you need to first ask yourself: is there any evidence that this statement is true? Even more importantly: does this belief serve me? Do I want to continue to believe this? And, if you want, you can choose to believe something else: turn the belief into something positive, and look for evidence instead that this new positive belief is true. Then act based on the new belief and, before you know it, this will be part of your fundamental belief system.

So, for example, if your belief is “All men are arseholes” then start by questioning whether that’s really true (presumably you do know some nice men, even if they’re not single or even attractive to you); then think about whether it serves you to continue believing this. To some extent, it might: having this particular belief will make you more aware of the risks and so will help to prevent you from getting hurt; however, if you actually do want to meet someone, then this belief clearly does not serve you as it means you will never meet a nice guy. Now decide that you want to believe something else, and transform it into something positive; e.g. “There are men who are arseholes but there are also men who are great guys”, turning your attention now to look for nice guys rather than arseholes. Makes sense, no

4. Acknowledge that you want to meet someone

Single women have often been portrayed as being needy and desperate and this is, of course, unattractive; but I also see a danger of going too far in the other direction. If you move away from the neediness of clinging onto any man who shows even a little bit of interest and declare that you don’t need a man at all, then it’s likely that this message will also put those dreamy men off, given that you’re basically saying that you don’t want to be with them.

Going back to those limiting beliefs, the one that says “I don’t need a (wo)man” can be an important one to look at. As much as those sexist comments about independent women being intimidating to men can be irritating (and, I suppose, there is an equivalent pressure on men to be strong and not to admit that they feel lonely and want to meet someone), you have to recognise that it’s not exactly an invitation to the poor prospective partner when you declare that you don’t need, or want, them.

There are times in your life when you don’t want to meet someone (maybe you feel you’re too young to settle and you’re having fun with your single friends), and other times when you probably shouldn’t (you’re going through difficulties or perhaps some major life changes and you need to focus on yourself first and foremost). There are other times, though, when you do feel ready and you really do want to meet someone. The trick is to find that delicate balance between living your own life and having fun on your own on the one hand, and being honest about the fact that it would be nice to meet a partner on the other.

It can often seem like meeting someone is one of those things that’s almost completely out of your control – unlike other life goals like, say, quitting your job to pursue a passion or moving to a different country. It’s definitely harder to put together a romance action plan in Excel! That doesn’t mean, though, that there’s nothing you can do.

First of all, there’s the mindset and I really wouldn’t underestimate this. Challenging those negative beliefs and being open to the possibility of meeting someone is vital. Second, knowing what you’re looking for. Especially when you’re older, you have a much clearer idea of who you are and what you’re looking for in a partner – compared to when you were 18 and you didn’t care as long as he or she was hot – and as with anything in life, having clarity on your goal is crucial to ever having a chance of achieving it. And, finally, exploring what you might do to make it more likely that you’ll meet such a person – where to spend your time (online and offline), what kind of activities to do outside of work and which trips to go on, and so on. It’s not an exact science but there are things you can do – and it’s not limited to joining Tinder and going on lots of dates!

Observing some of my single friends, men and women, a lot of them are filling their calendars with work and travels to the point that any potential partner would really struggle to fit into that life. A friend was trying to meet up with a guy and he said his next free weekend was in May! So while it’s great that you’re keeping busy and having fun, it might be worth allowing for a bit of flexibility in that schedule to give another person the chance to spend some time with you.

So there you go! Some thoughts on how to be “successfully” and happily single – while staying open to the possibility of being happy with *someone* as well. I clearly have a lot more to say about it… but what about you? Any tips or reassurances you want to share? Comment below!

This is to some extent a counter-post to the 2015 Valentine’s Day edition: The 7 Deadly Sins of a 30-something Singleton.

The wind beneath my wings

Single at 32: The 7 Deadly Sins of a 30-something Singleton

“Go back and walk properly”: the little girl who skipped