To cross the border from Peru into Bolivia, we needed to queue at two different places on the Peruvian side and then at a third place on the Bolivian side. To enter this new country, we had to pay a tax of… one Boliviano (7 BOBs = 1 USD). Well worth the admin costs, I’m sure.

In Copacabana, Lonely Planet recommends a “splurge” on Las Olas, an unusual hotel with cabins shaped like seashells and turtles. Unfortunately, this was already full when I emailed, but I got a room at neighbouring La Cupula, which had the same postcard views over the bay. I was joined by a Danish couple and an Italian guy who I’d met on the bus, and we had a nice relaxing lunch down by the lake.

The town itself is small, with not a lot to do. I followed the trail up to the Horca del Inca, supposedly an Incan astronomical observatory. As with the deserted ruins I’d visited in Peru, I grew nervous as I climbed further and further away from the town and its people. At one point I saw a man sitting on a rock above, talking into his phone as he observed me, and I almost turned back; when I got to that same rock, he was gone. I climbed and climbed, and eventually got right up to the top, where I met a couple of Americans and Canadians. They told me I’d gone way past the observatory; but the views were fabulous, so I wasn’t sorry to have made the extra effort. On the way down, Jeff from Chicago (who in fact was living in Copacabana since two years, sponsored by the Methodist Church to build greenhouses for the local community) showed me the observatory. He explained that it was not actually Incan, but dated back to the 14th century BC. It consisted of a man-made ‘window’ through which the sun’s rays would shine and hit another rock on the winter solstice of 21st June.

I decided on a day trip to Isla del Sol, said to have been the birthplace of the first Inca, Manco Cápac, who was the son of Inti, the sun god. It was a two-hour boat ride in the freezing cold and rain, but I had faith that the sky would clear, as it had done on the previous day. I fell asleep on the boat, to the dulcet tones of two attractive French men sitting opposite me, and when I woke up the sun had indeed emerged for our arrival to the island of the sun. The first place to visit was the Museo del Oro, a gold museum where I saw not an ounce of gold but just the usual bones and ceramics. Next, along the beach and up to the archaeological sites of the north end of the island. Then you could take the boat down to the south end of the island but I opted to walk, stopping to eat my packed lunch from the hostel and to enjoy the views. It was a three-hour walk with panoramic views over the lake and across to the mainland. Towards the end, I was joined by two local dogs who followed me all the way to the harbour.

The next morning in Copacabana, it was raining. Time to leave. The bus ticket office very cleverly had a sparkling new double decker bus permanently stationed out in front, while the actual bus we would be taking to La Paz was smaller and rather more rundown. The views as we went along the lake were incredible. Also quite incredible was the experience of crossing the lake: the passengers went in a little boat, while the bus was shipped across on a raft. While I worried about my backpack that was still aboard the bus, we all made it safely across in one piece, and continued on to the capital. 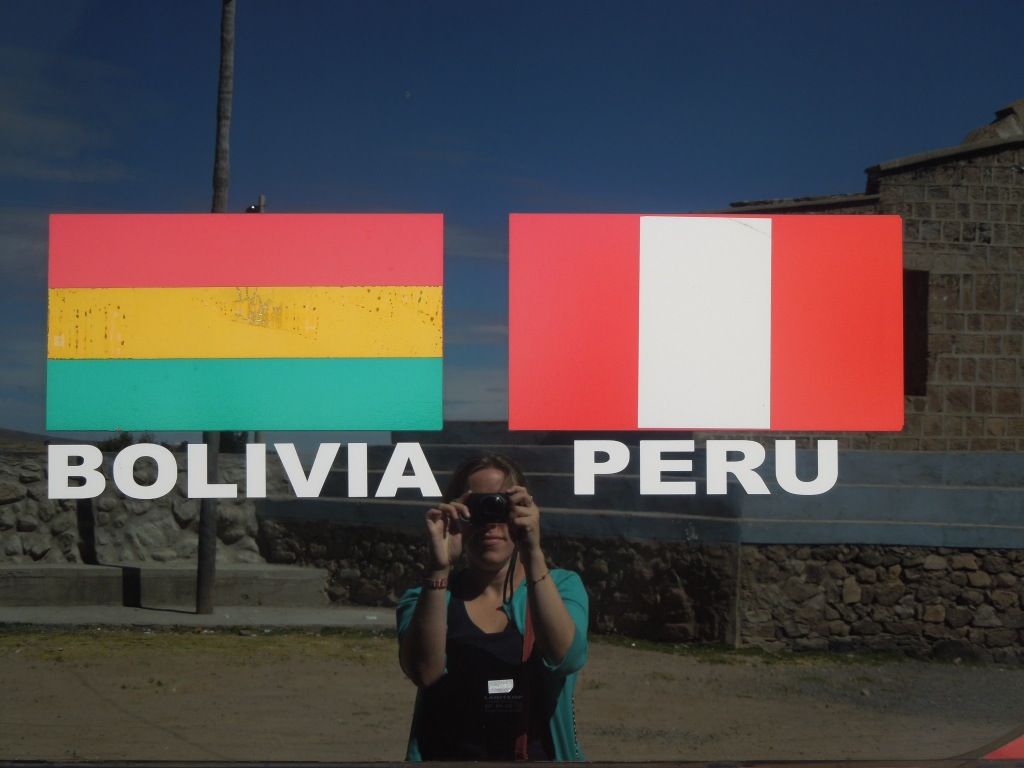 From Peru to Bolivia 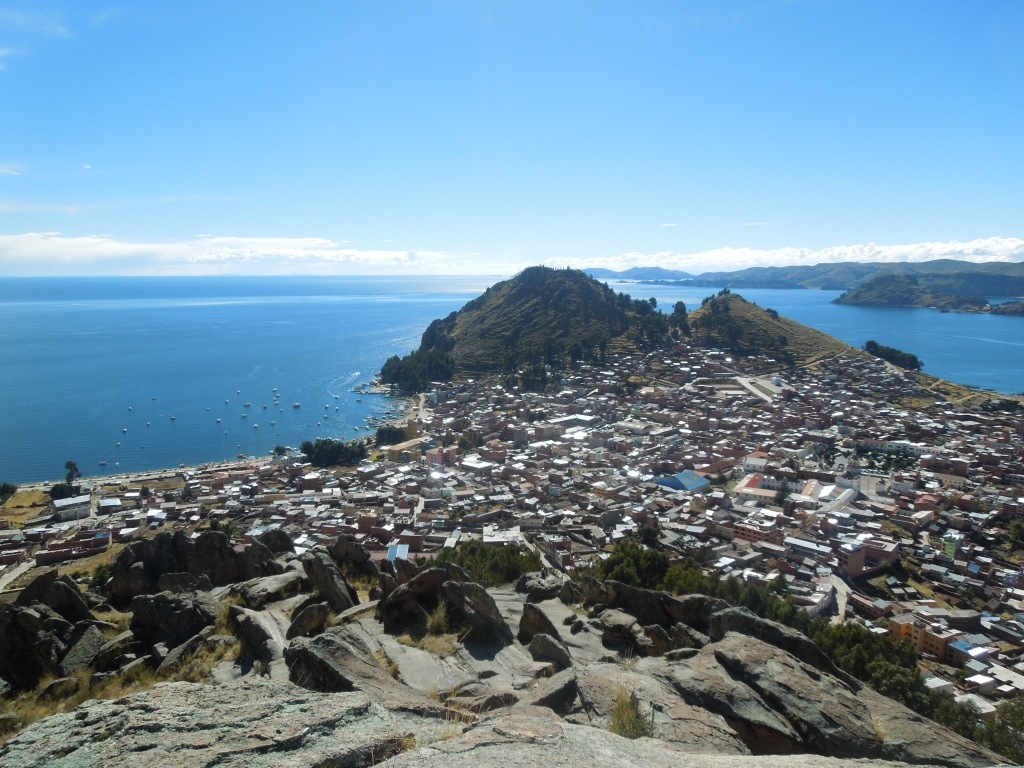 Music and passion were always the fashion… 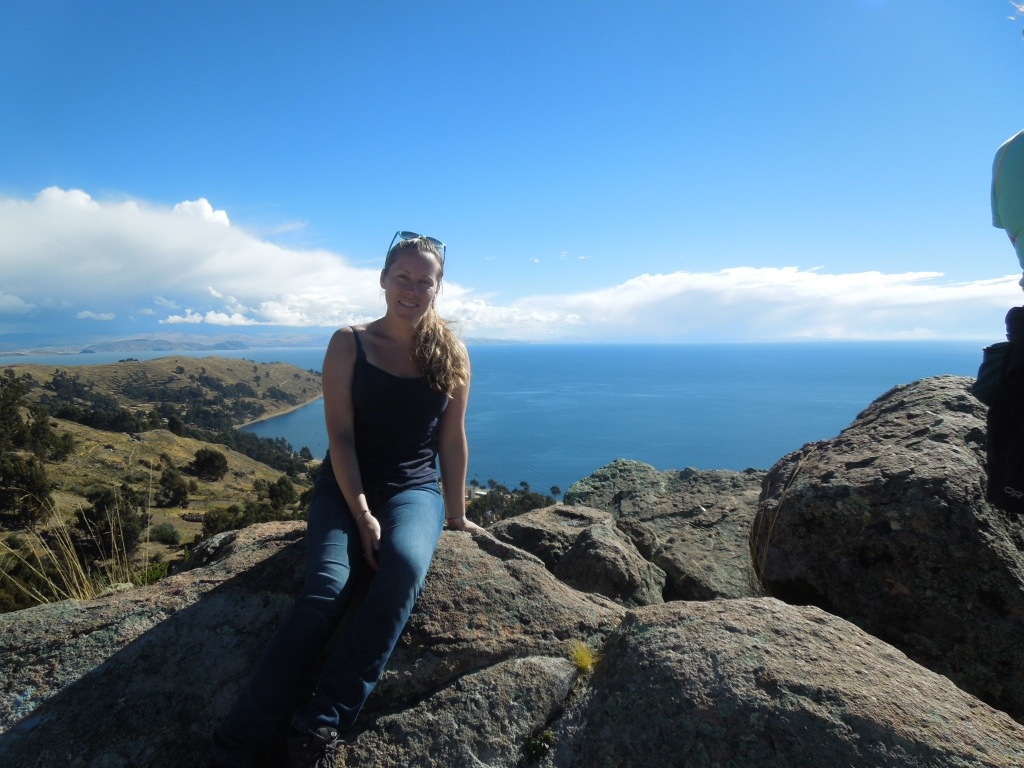 Posing after a tough climb up to, and beyond, the Horca del Inca 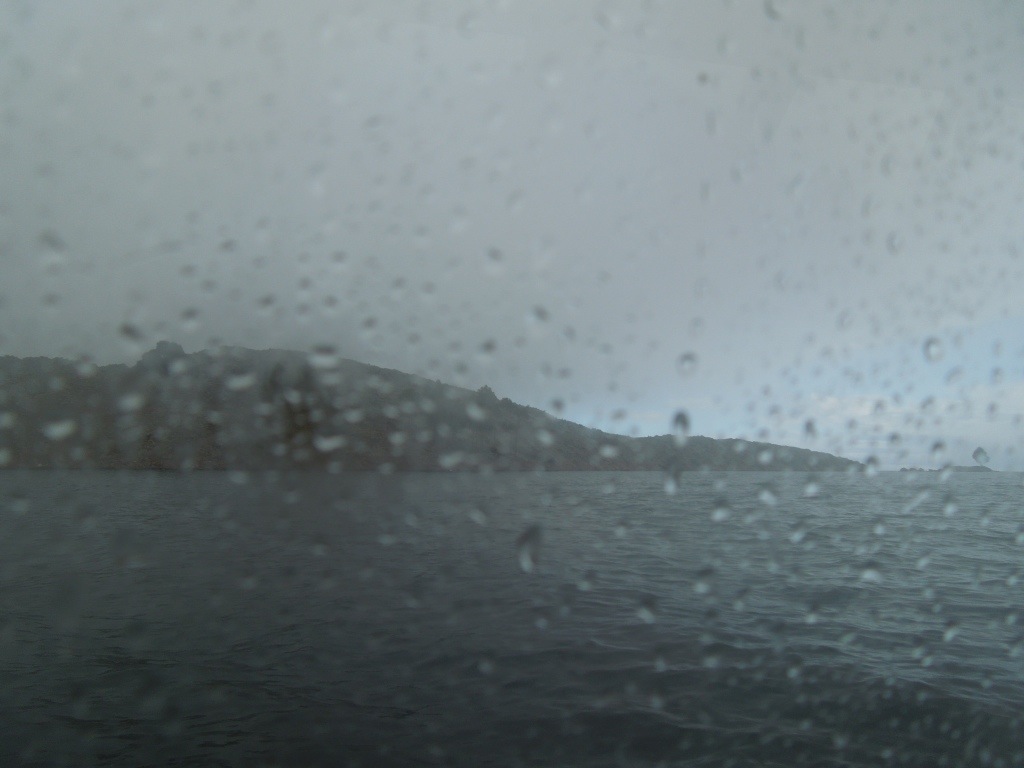 A lovely boat ride to the island of the sun 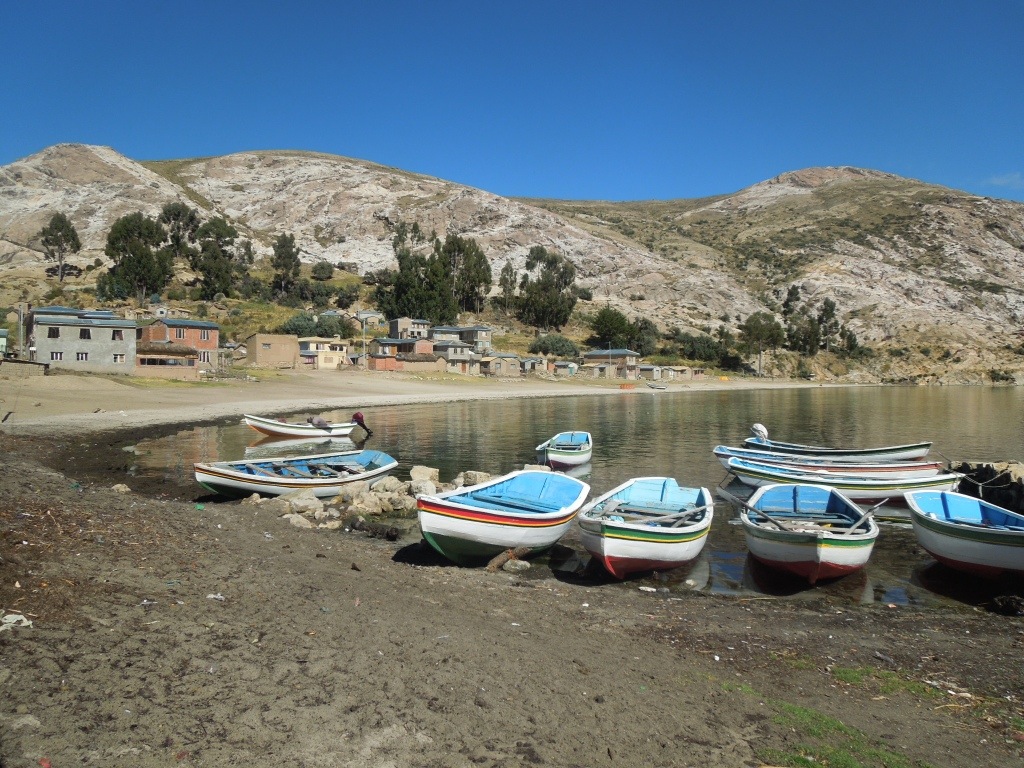 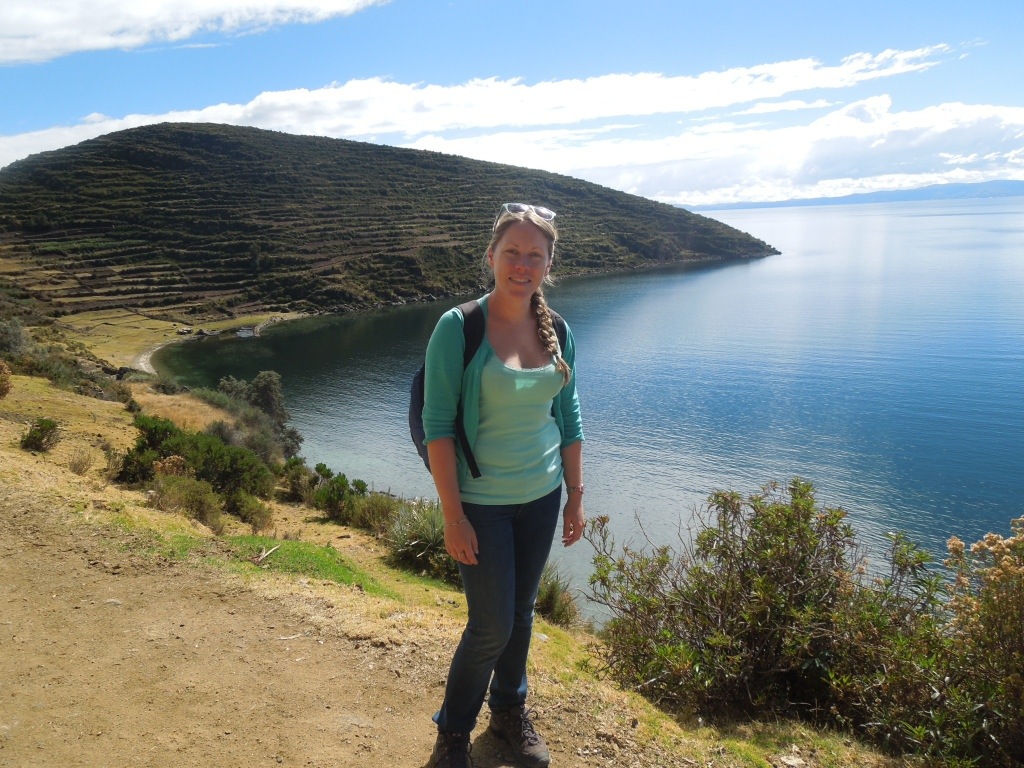 Commencing the walk to the northern part of the island 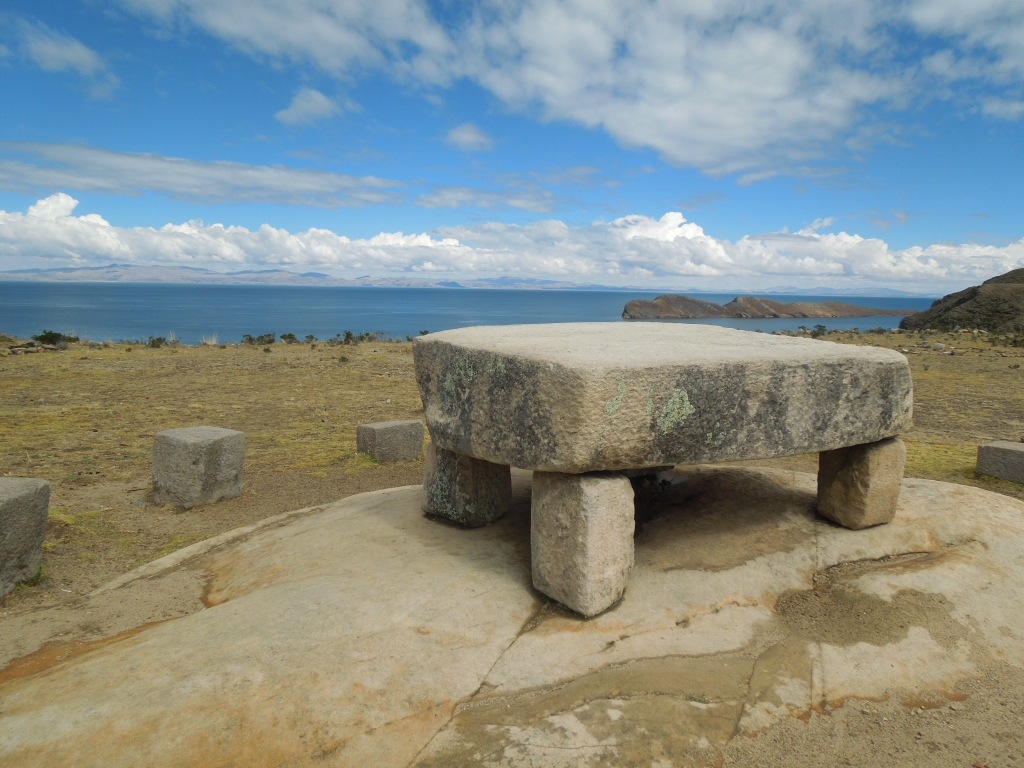 The Stone Table, a place of sacrifice 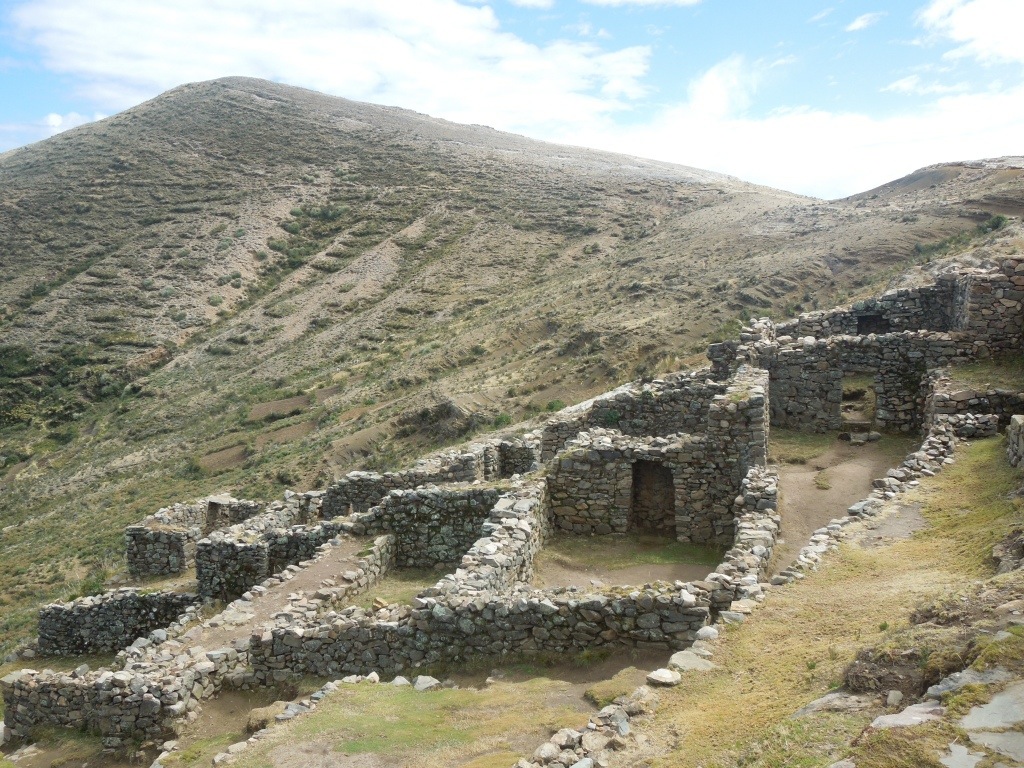 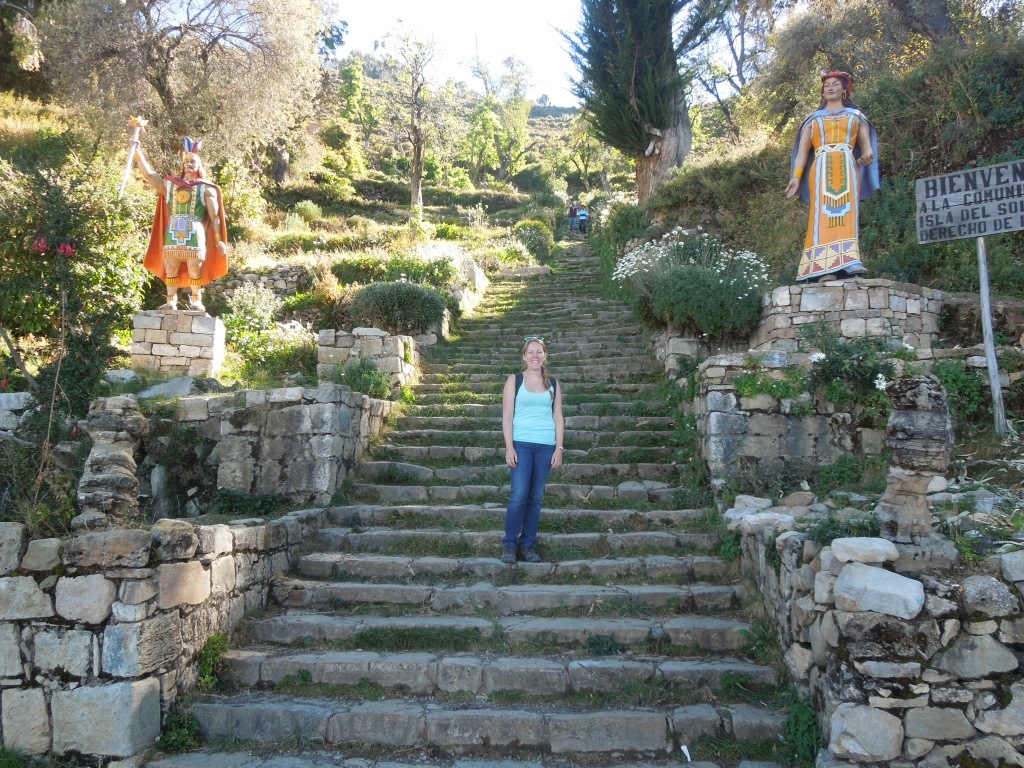 The Incan steps at the southern end of the island 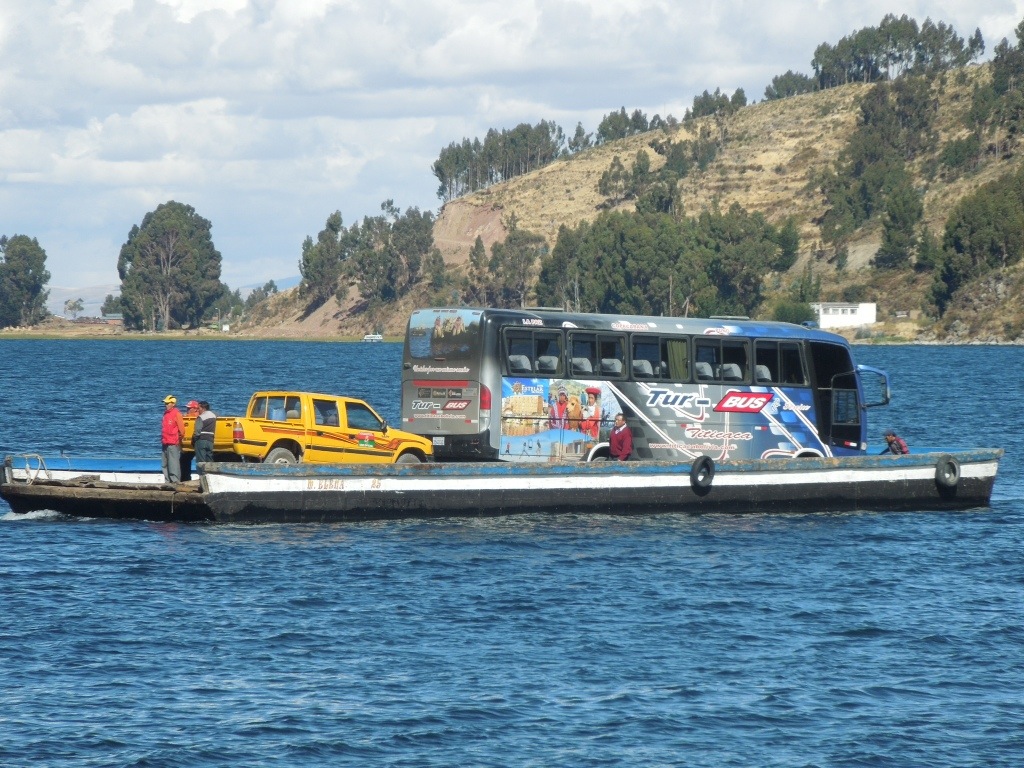 Would you want to be the driver on that bus? 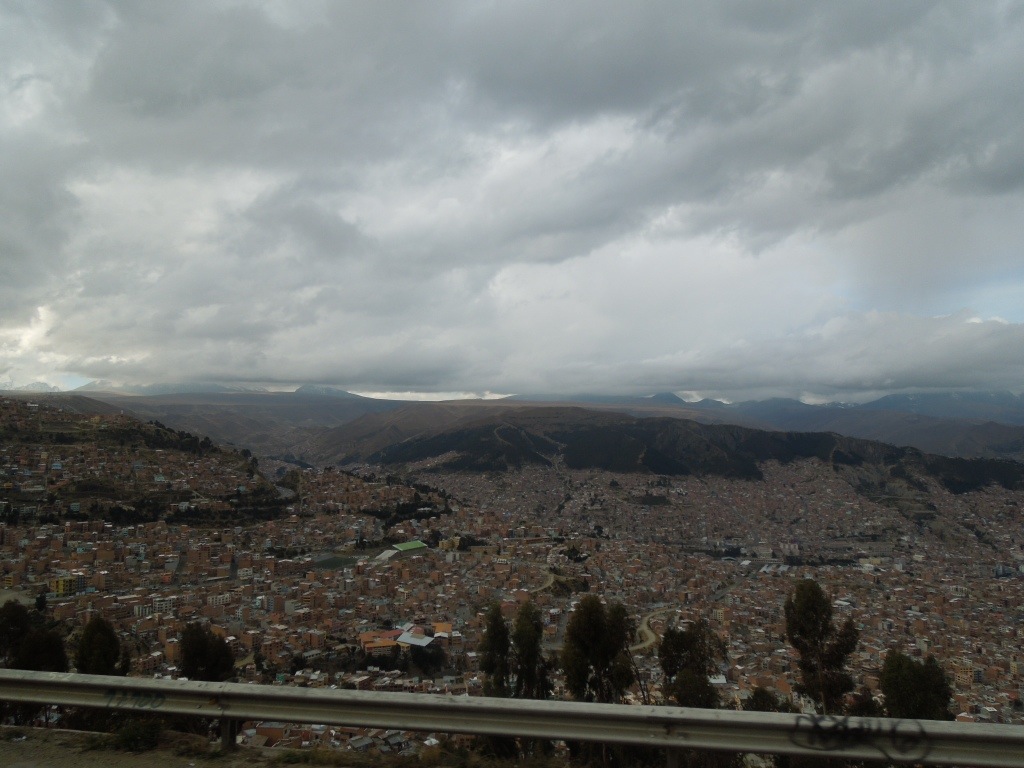 A first glimpse of La Paz, the highest capital city in the world