To celebrate having been in London (well, sort of) for two years now, I thought I’d collect the top ten favourite things that I’ve done in that time. Thank you to everyone who has been apart of it all!

1. Midnight matinee at The Globe 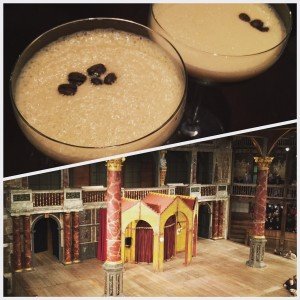 I spotted this earlier this year and booked two tickets right away. As the date drew closer, however, the idea of staying awake until midnight to then sit outside to watch Shakespeare, let alone staying awake until my first train home at 5am that morning, grew less and less appealing. My friend and I loaded up with fleeces and blankets and downed espresso martinis before the performance started – but we needn’t have worried. It was a fantastic experience, a warm night, and a fabulous cast performing my favourite play (Much Ado About Nothing)… I went to bed at 6am and woke up at 12.30pm fresh as a daisy! Top tip: espresso martinis, definitely, but also avoiding the standing tickets (I have no idea how people stayed upright all night) and instead going for seats on the back row as we did so that you have something to lean against.

The Globe (They ran three Midnight Matinees this year; you’ll probably need to wait until next summer to get tickets for the next one.)

Another iconic location for culture in London that I’ve made the most of since living here: the Royal Albert Hall. My mum dragged me along to what turned out to be a memorable evening with French singer Charles Aznavour; we went to an evening of the Best of Broadway; and we saw a performance of Madam Butterfly with an absolutely fabulous set. Another new experience was to see films “live”, with the old film playing on a big screen but the music performed by the orchestra. West Side Story had me in tears even though I’ve never really liked that musical, while I even persuaded my dad to come along and watch Titanic. The famous Proms would be another one for the bucket list, I think.

This was an unusual Monday evening; it was a unique experience to see London from the water, and there were plenty of opportunities for selfies as we paddled under the bridge (the guide only getting a tiny bit annoyed at us for dawdling). We even stopped for fish and chips at an old pub, climbing out of our kayaks and up the fire escape to get inside. It’s best if you go with a friend as the kayaks are for two people and you’ll be spending the evening in each other’s company. In fact, why not go with a date? There were at least three new couples there on the evening that I went, two of them on surprise dates. Top tip for the men, though: at least tell the girl to change out of her work dress and heels!

4. Stand-up paddle boarding down the Thames 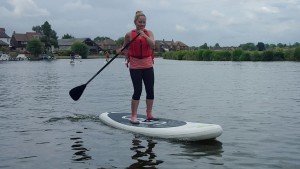 My first experience of paddle boarding (SUP) but definitely not my last. This has become popular in the last couple of years and it’s a great way to explore an area from the water. I was pretty wobbly when I started but the beginners among us soon got the hang of it enough to be able to paddle two full days down the Thames. Two of our group had already done the full length of the river “from source to sea”, while two more have done so since. I did some more paddling in Stockholm this summer and I’m going to be going down the Mississippi in a couple of weeks.

This weekend trip part of Dave Cornthwaite’s summer series, which is now over. If you’re lucky, he might do it again next year! If not, just google SUP in London and you’ll find plenty of providers. 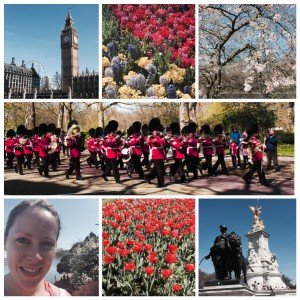 How fabulous to be able to put on your running shoes and have the whole of London at your doorstep! Living in south London, I would run along the Thames past Big Ben and the London Eye, turn and pass through Westminster and Knightsbridge and then run around Hyde Park. Yes, the tourists were a little bit annoying, but that comes with the territory of living in an awesome sightseeing destination. I could even run to Wholefoods and get the bus back home loaded with a bag full of healthy goodies. In addition to the running, I even joined a high-intensity bootcamp in Hyde Park, which had me doing burpees galore on an otherwise lazy Sunday. Although this one cost money, there’s so much free fitness available in a big city like London – I particularly recommend Project Awesome, which runs sessions every Monday, Wednesday and Friday morning.

6. Membership at the V&A

Having been to see the Hollywood Costume exhibition a few years ago, I bought membership plus guest at the Victoria & Albert Museum and got value for my money already in my first visit, going to three different paid exhibitions on one day. Over the past year, I’ve been to see Wedding Dresses 1775-2014, Constable: The Making of a Master, The Glamour of Italian Fashion 1945-2014, and most recently Alexander McQueen: Savage Beauty, as well as various permanent exhibitions. Another favourite has been the British Museum, where I’ve learned about the Vikings, Life and Death in Pompeii and Herculaneum, and Beyond El Dorado: Power and Gold in Ancient Columbia. Aren’t I cultured?! 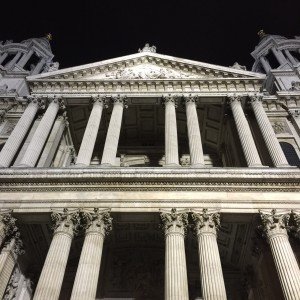 A traditional Swedish celebration on 13th December, Saint Lucia is the day that we eat saffron buns and gingerbread. It’s also a day when both children and adults dress up as Lucia with candles in her hair, a train of maidens following her along with various other elves and gingerbread men, and sing Christmas carols. In 2013, my mum and I went to the celebration at St Paul’s and it was magical, the imposing cathedral filled with beautiful song enjoyed by a full audience that brought together Scandinavians from around the city. It’s something special to be experienced, even for all you non-Nordics!

This was like nothing I’ve done before. From choosing whether to “eat me” or “drink me”, we were allocated a card suit and then led in small groups through an interactive experience of the well-known story. The Mad Hatters’ Tea Party was a highlight, and I thought it was very clever when we got to the final court scene and found that each of the suits had had a different experience. We were the black clubs, the revolutionaries, while the spades had been eating the Queen’s tarts! And the reds were loyal to Her Majesty, who would have expected such royalism?! A fun evening made even better, I think, with some pre-theatre drinks to add to the hallucinogenic effect.

Although Alice has finished, the theatre group Les Enfants Terribles will be back next year. For a similar experience, try Secret Cinema or Punchdrunk.

Speaking of drinks, the other benefit of London that I’m particularly aware of after spending nine years in teeny tiny Geneva is the huge range of bars and restaurants available. I don’t think I’ve made the most of this at all, but there have been a few good ones: pre-Globe espresso martinis at Dion, of course; cocktails at the Experimental Cocktail Club in Soho; a three-course meal plus cocktails at the Ice Bar; cocktails and dinner at Mews (erm, I seem to have had a lot of cocktails this year!); and Venetian tapas at Polpo.

A complete list of ten feels too final, so I’m leaving the last one blank. What’s going to be that magical number 10 on the list? I already had plenty of suggestions last summer when I thought I would be leaving London, and I’ve yet to do all of these… Any more ideas?