*Make sure you read to the end as there’s a special offer for those of you who are in the London area!* 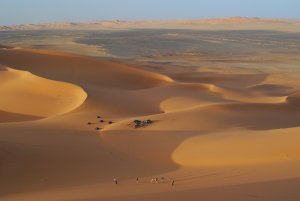 There’s something about the idea of adventure. Going off into the unknown, having new experiences, sometimes facing a little bit of risk or danger and always coming away with memorable moments.

When I broke away from my comfortable life in Geneva in 2013, the very first step was an adventure, a sabbatical of three months of solo travel across South America. My slogan I posted everywhere as I headed off was ADVENTURE IS OUT THERE! If you’ve seen Pixar’s film Up (the first five minutes have me in tears every time), you’ll recognise this as the call of the young Carl and Ellie as they dreamed of becoming adventurers, and the inspiration for Carl in his old age to seek out Paradise Falls. Off I went in search of my own Paradise Falls, and I’ve been having new adventures ever since. 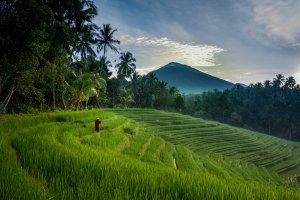 Adventure brings to mind explorers like Ranulph Fiennes getting frostbite as he crossed Antarctica on foot, or Sir Edmund Hillary conquering the summit of Mount Everest; not to mention older legendary figures like Christopher Columbus, Sir Francis Drake and Marco Polo. Today, we have TV personalities like Bear Grylls teaching wilderness survival skills; people like my friend Dave Cornthwaite who leads a community of people who want to Say Yes More to a life of adventure and fulfilment; and, hurrah, more and more women including Anna McNuff who was recently named one of ‘the 50 best travellers of our time’ alongside Pope Francis and the Dalai Lama.

Adventure no longer has to mean the heavily funded expeditions of the past and we’ve now seen the rise of the concept of micro-adventures, with Al Humphreys for example recommending simply taking a bivvy bag and going out onto a nearby hilltop for a little wild sleep, and companies like Secret Adventures cropping up to encourage people to go on a mini-adventure away from the office and the city. There are probably countless other more low-key adventurers who are just quietly getting on with their adventures out there in the world.

Adventure means time away from the daily grind, breathing in the fresh air, getting close to nature; it involves learning more about ourselves and the people we meet along the way; and it often allows for reflecting on what’s really important. 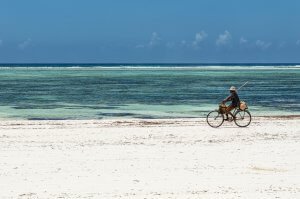 Of course if you’ve seen the Pixar film Up – and I don’t want to ruin it for you if you haven’t, so go and watch it right now – the ultimate message is that adventures are what make up your life, your good times and your bad, with the people you choose to spend it with. It’s not about the expensive flight ticket to a far-away land or even ticking off those bucket list experiences. Adventure is out there – but it’s up to you to know it when you find it.

The Adventure Travel Show
Uncover Your Journey of a Lifetime
21-22 January 2017, Olympia, London

The Adventure Travel Show, celebrating its 21st year, is a world of extraordinary discoveries all under one roof. It is the UK’s leading event for people who like to travel outside the mainstream – whether it be on small-group adventures, exclusive expeditions or epic journeys.

The Adventure Travel Show is packed with inspirational and essential travel advice, specialist seminars and the best adventure speaker line-up of 2017, including explorers, adventurers, tour leaders and guidebook writers who will help you uncover your perfect adventure. Plus, the biggest collection of specialist travel operators all under one roof will be on hand to offer guidance on everything, from walking and trekking to exploratory journeys, safaris, overland trips, life-changing volunteering projects and much, much more.

The Adventure Travel Show – it’s where your adventure begins…

I’m happy to be able to offer you tickets at £6 (that’s £4 off the full door price) with the voucher ONESTEPOUTSIDE when booking tickets online at www.adventureshow.com or when calling 0871 230 7159. (Calls cost 13p per minute plus network extras).

Look out in particular for the all-female panel, Women at the Edge, which includes Justine Gosling whom I met on one of my paddle adventures on the Thames; one of my favourites of the 2016 show, Sean Conway; and, of course, Yes Man Dave Cornthwaite.

Adventure is Out There! Ranulph Fiennes and travel companies galore at the Adventure Travel Show 2015

Adventure is Out There: Night-time kayak under Tower Bridge

Home, adventure, and something in between…